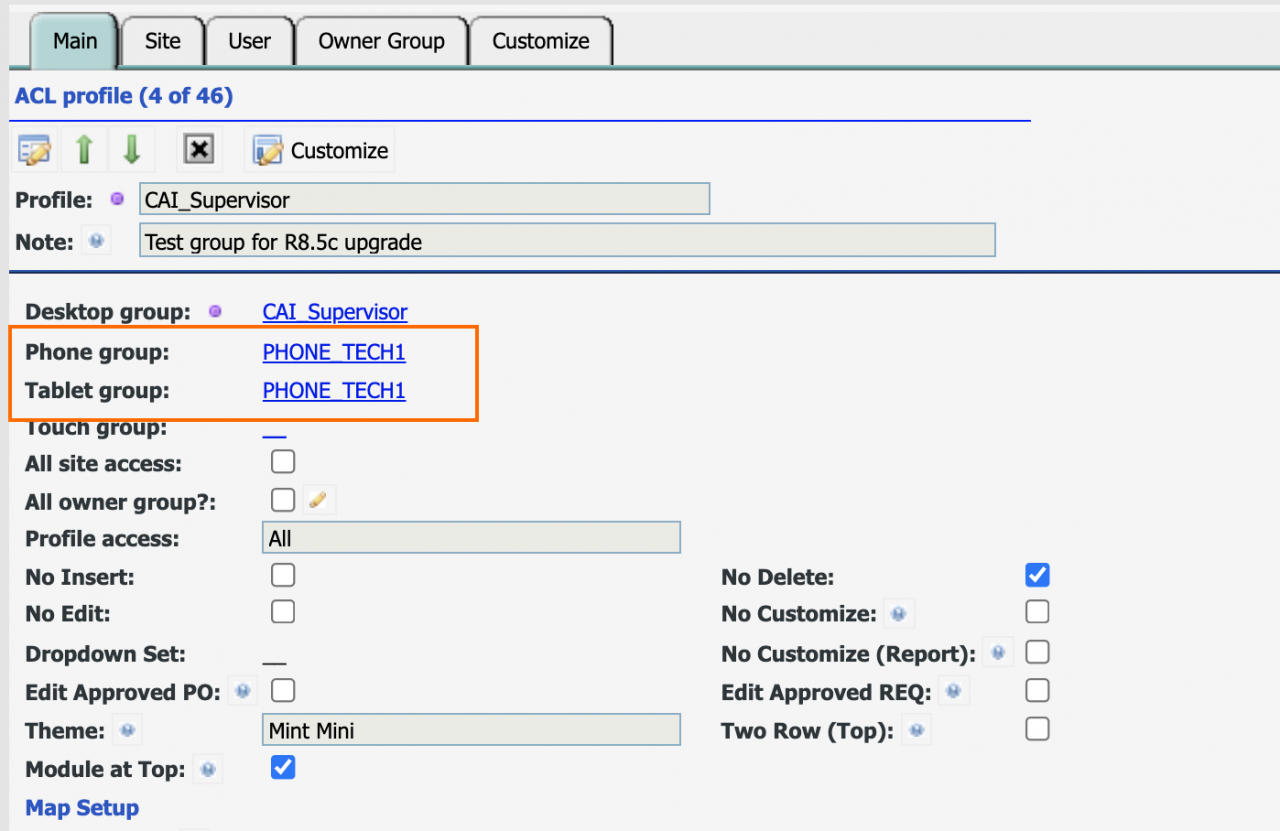 1. Use Phone Groups for Tablet

The diagram below demonstrated the idea. It has the advantage of simplifying the group management for phones and tablets.

2. Use Tablet Groups for Tablet

This option does not use phone groups for tablets. There may be additional overhead to keep corresponding phone and tablet groups in sync. It is the legacy schema, and not recommended for new implementation.

Tweet
Tags:
Calem Touch Calem Mobile Customization
Tips on Inventory Transaction Time
To Get Notified when a User is Added by SR Email